SHI•RO is a game in the making

While developing SHI•RO we’re learning so much about making games, but are sometimes so into it that we forget how important it is to look at things from a certain distance. To do this we’d like to share some decisions we made or are about to make regarding design and gameplay. If you’ve never heard about our game, you can check it out on the game’s website.

In November we decided to focus on the Black World of SHI•RO for the upcoming month. SHI•RO has three worlds that each tell different stories and therefore have very different puzzle mechanics. Always switching between these worlds and their code snippets was quite dizzying and when Jasper coded the Black World and I worked out the basic code structure for the Red World we could not really help each other as we were too focused on our specific tasks. This was really annoying, since we usually make decisions as a team and often have to interrupt the other person’s workflow to clarify some things before putting on headphones and diving into hours of coding. 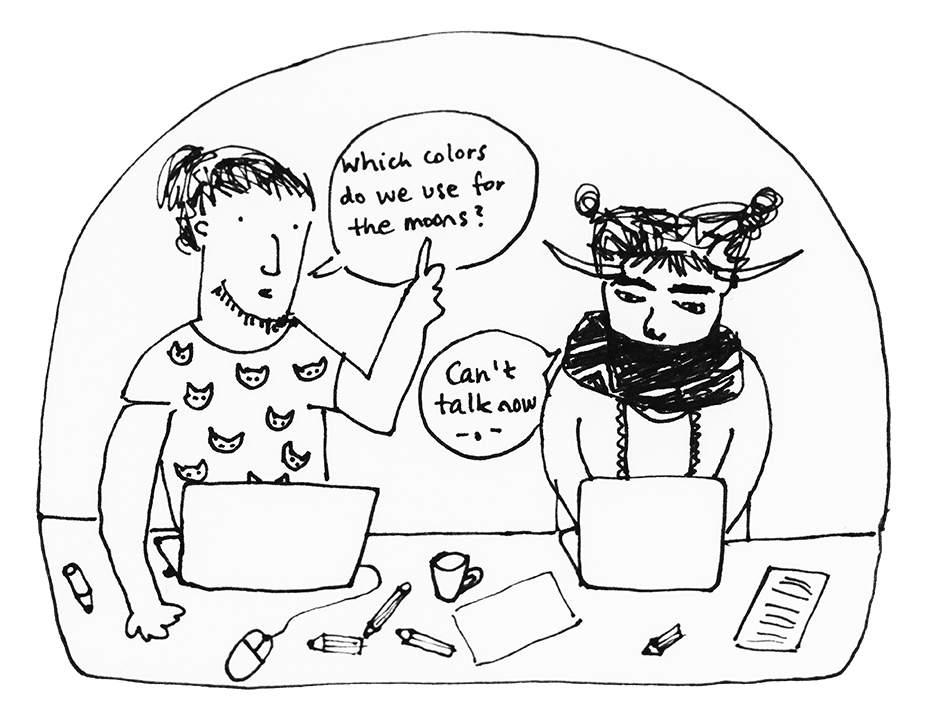 So working on the Black World together was great! Also, we could see more progress happen, which motivated us even more.

Also in November, we had a few people test our game. It turned out that they could understand the puzzles easily but had difficulties understanding the controls at first. Because they are intelligent people they figured it out by themselves, but we learned that these obstacles can take the fun out of playing or make people feel stupid and say things like that they don’t play games often and it’s their fault (which it is of couse not). Especially our non-gamer-friends gave us valuable feedback and we’ve managed to make the game mechanics communicate their usability better since. 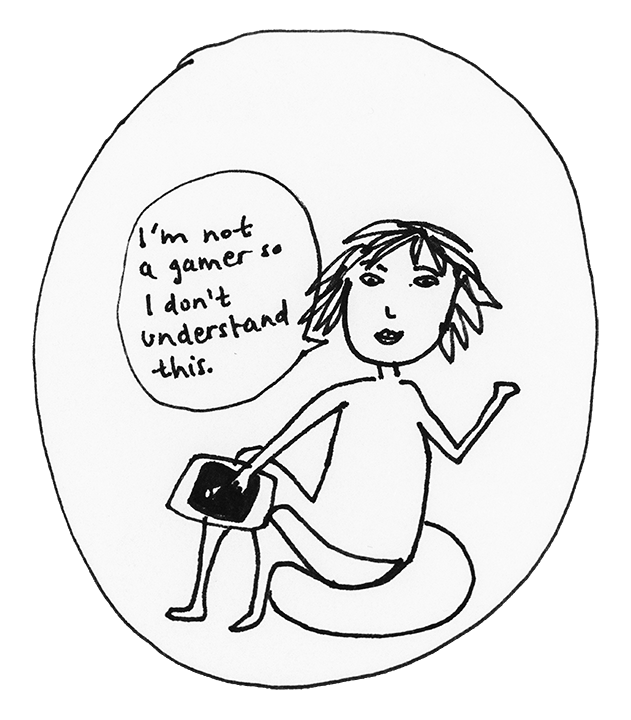 We’ve been completely allergic to reward systems in mobile games and dislike the obligatory three stars after successfully finishing a level in puzzle games, even though it works for a lot of people. To us, it feels a bit cheap, like putting precious time into playing a game and all you get out of it is yellow stars. Still, they keep you playing while feeling weird about it.

Nevertheless we have something to offer in our game and that is the display of more information: After solving a puzzle in SHIRO players can learn a word in Japanese. Engaging with another language should feel special in a way that it makes you curious about learning more. If this wasn’t a core aspect of SHIRO we could have just released a list with vocabulary on it and everyone could have learned it without connecting to Japanese design, culture and stories. We put a lot of thought into not using words as rewards only, but still display them as something special, something you can take with you even after closing the game.

All in all we’ve tried to improve the UI in ways that make the game mechanics and controls understandable more easily and to display aspects of the game that are important to us more clearly.

We’ve simplified the design of SHI•RO in some ways, because we want our graphics to communicate consistently. For example, every element within SHI•RO that is golden is now touchable and turns to silver when activated but not activatable again. To give an example, a navigational element in a star system you can use all the time to be redirected to a certain puzzle will always be golden, but a touchfield in a story element will turn silver so players can see that they already activated it.

Also, we’ve managed to connect the gold reflections to the iPad’s gyroscope to make the materials feel more connected to the player’s device.

What’s most difficult in designing for SHIRO is that thinking more about the design or making more complex sketches does not necessairily make it better - often it’s quite the opposite. It becomes about finding that one image which transports a message or feeling on point. One can’t really compel that, but one can set the conditions for coming up with it. Reading, scribbling and researching historical images precedes the moment of finally making the design.

We’re really excited to bring out the story withing SHI•RO’s Black World. It’s based on the Kojiki, one of the first writings on Japanese mythology from the year 712. Within it you can find love, burning genitals and the underworld as much as spirituality and the capabilty of moving on, no matter what.

It’s a challenge to keep sentences short but accurate, as we don’t expect players to read endlessly in a mobile game. 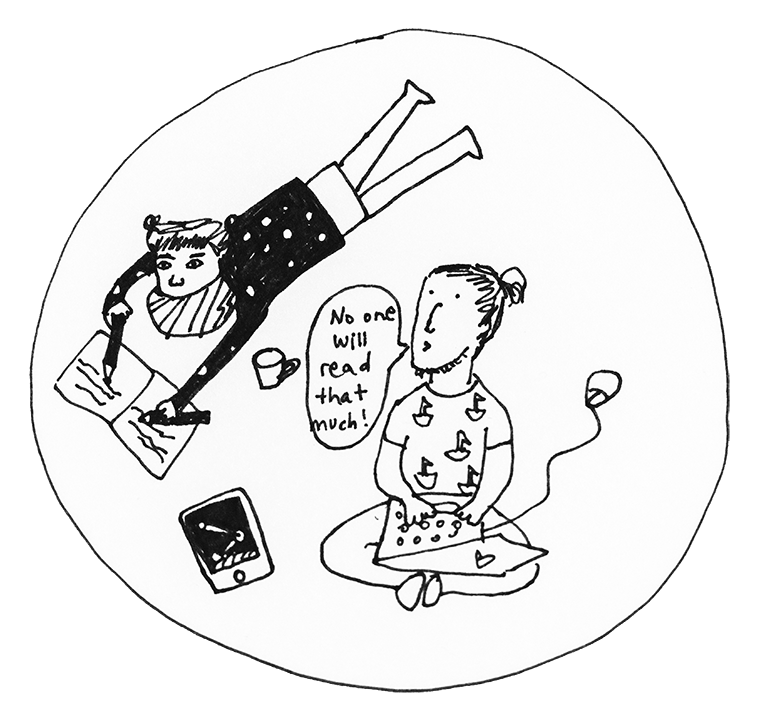 Leonard Bahro, a dear friend and great sound artist, is currently working on sounds for SHI•RO. We’re very happy to have him around.

First of all, thank you for reading our article. Soon, our trailer will come out, so stay connected. Also, we’ve started a mailing list, so if you’d like to get updates from time to time, please subscribe below.